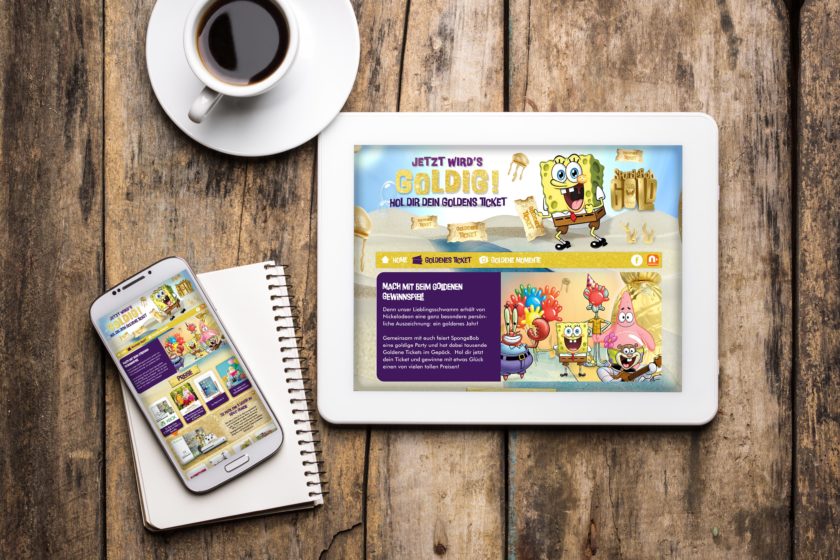 The SpongeBob Gold campaign consisted of several stages from the golden moments in spring, where users could share their personal golden moments. Up to the action „Win a golden ticket“. And the campaign „Win your Golden Ticket“ took place at the same time. SpongeBob fans were able to find golden tickets with a code hidden on them that allowed them to enter the competition.